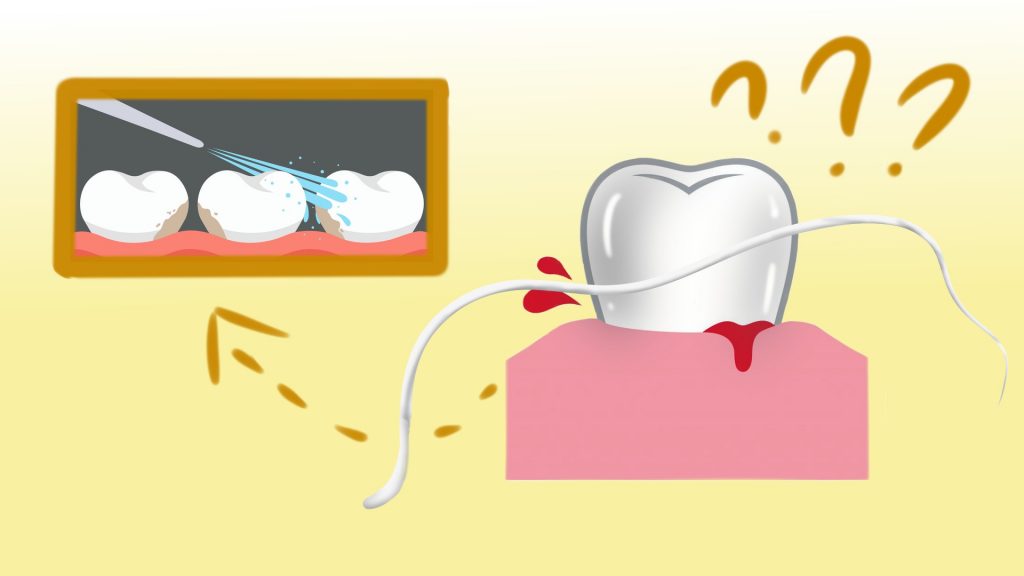 No one can deny the importance of flossing. Flossing is one of the 2 main cornerstones of oral hygiene, next to brushing.

Of course other adjuncts and supporting methods such as mouthwash are welcomed. But they are not as essential as those two which you simply can’t live without.

Flossing carries with it a few problems (and to be frank) is not an easy habit to maintain.

One of the most common problems that people encounter during flossing is bleeding of the gums. Which gets really annoying and confusing when bleeding when flossing one tooth happens.

When bleeding is encountered in all of the teeth and gums, it is a sign of an overall problem in your mouth. Most probably gum inflammation but when it happens in only one part of the mouth, you start to wonder what am I doing wrong?

But don’t worry, we will try to shed some light on the matter in this article.

Reasons for bleeding when flossing one tooth

Bleeding when flossing is a direct result of gum inflammation or injury. Yes, the very same reason for bleeding of the entire gums when flossing could be the one behind bleeding in that particular area.

What most people don’t realize is that gum inflammation may be localized. Meaning that only one area (in this case the bleeding tooth) is inflamed, while the rest of the gums are intact.

This does not happen very often and here are a couple of reasons behind this strange occurrence.

A pocket happens when the gum inflammation (aka gingivitis) is left unchecked and it starts to eat away at the underlying bone, turning the condition into Periodontitis.

Again this could be an isolated incident and happens only in one area of the mouth or even one tooth.

Isolated pockets could also be a result of cracks that happen when you bite down accidentally on a hard object, such as the seeds of fruit. In either case, pockets are a cave in which bacteria can nestle undisturbed.

They can spread their toxins and dangers everywhere and could eventually lead to mobility and even loss of the tooth later on.

When you have a hole in your teeth, it invites the food remnants and debris to pile up inside it. Of course it is only natural to assume that these food remnants that are loaded with will affect the underling gums causing their inflammation and bleeding as well.

Not only that, but when you attempt to clean these debris, there is a very good chance that you will hit the gums with the floss or pick, making the already difficult situation much worse.

The same principle as cavities. Faulty fillings create a small niche under them where food particles are trapped and cannot be easily removed.

The bacteria invade these particles and do their work on the tooth and gums. Again when you attempt to clean these places with floss, bleeding when flossing one tooth is likely to occur.

A crown or bridge is an artificial structure composed of either metal, zirconium or porcelain. Zirconium and porcelain are inert materials so would not normally cause gum problems. But metal crowns and bridges can often cause gum inflammation, especially if poorly made.

Bridges in particular are a danger because they don’t have spaces between them for the floss to pass. So the food trapped under the bridge is very difficult (if not impossible) to clean.

Which is why it is highly recommended that you seek another more effective method of flossing bridges. Such as floss threaders and the ever popular water flosser.

Accidental injury of the gums with floss

You could be doing this to yourself. When you force the string between your teeth, you could easily hit the gums in your path and cause cuts and bruises.

With repeated injuries the gums lose their ability to heal themselves and the area becomes permanently inflamed and therefore permanently bleeding. This becomes even more likely with faulty restorations, cavities or crowns and bridges as we stated before.

How to stop bleeding gums

So our advice is to either change your method of flossing or ask your dentist or hygienist about the proper way to use string floss without causing harm.

You might think that this is a definite cause for alarm, but fear not, as the problem is easier to fix than you think.

First step is identifying the source of the problem and figuring out what are bleeding gums a sign of? For that you have to (while we know you hate it) visit your dentist. Only he or she has enough knowledge and the keen eye to spot the cause of your bleeding.

After that, all you have to do is follow their instructions. If you have a cavity, get it filled. If you have a faulty restoration, get it fixed. Or if you cut yourself with the floss, just take extra care from now on. Or better yet, switch to another method entirely (such as a Water Flosser).

You should also know that early stages of gum inflammation are very easy to treat. By just sticking to a strict regimen of oral hygiene (brushing twice daily and using floss at least 2 times a week). Plus using adjuncts such as mouthwash (under advisement from your dentist or hygienist of course) should do the trick.

However, if the condition advances and you haven’t sort help, it can become almost impossible to cure.

So I guess what we are trying to say is, when you spot a problem such as bleeding when flossing one tooth, don’t dally! Go and see your dentist immediately to start fixing the problem right away. They will tell you how to treat gums that bleed while brushing.

Waiting has far more serious consequences and may very well be why you lose your tooth later on! 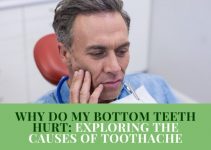 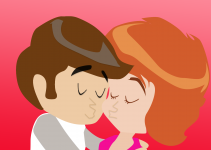