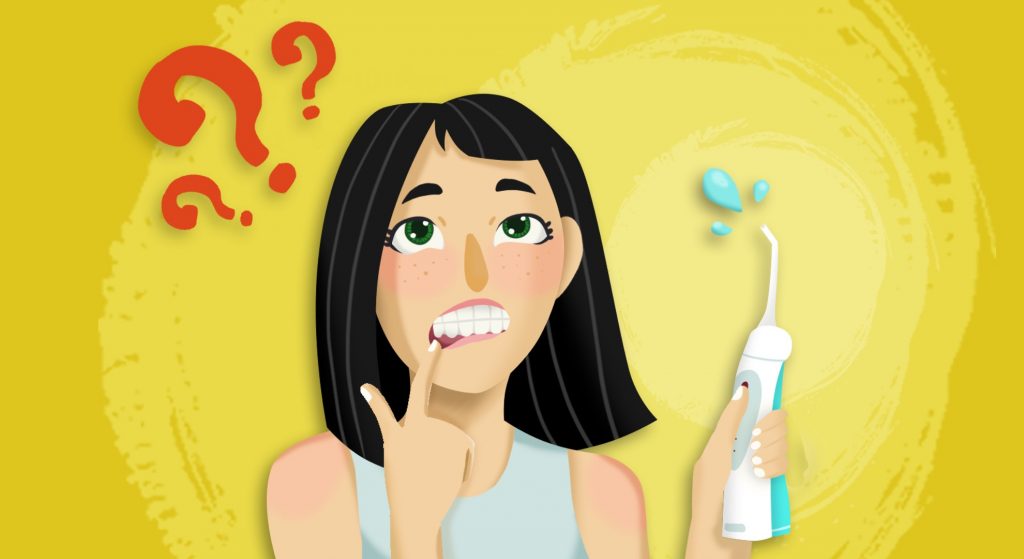 The age old question asked by many traditional flossers “Does a water flosser work?”

As a dentist, I can tell you the answer is certainy, yes! Water flossers certainly do work.

Brushing alone just isn’t the best way to get rid of food that is in between the teeth or below the gum line. Therefore flossing is a necessary habit, there is no way around it.

Dental floss only works if you’re doing it regularly and correctly. This is done by using a thin piece of string or ribbon to pass between your teeth gently. With slight up and down movements, the string removes plaque and food particles around the tooth and out from under the gums.

Traditional floss doesn’t cost much money and is easily accessible from any pharmacy or grocery store. It comes in containers that are portable and small in size, fitting conveniently in a purse or a pocket.

It’s easy to use anywhere and easy to control as well. However traditional flossing does have its downside. Many have difficulty in reaching some areas of their mouth and many end up causing minor bleeding of their gums. Especially those prone to gum sensitivity.

While many people brush and floss routinely, they are now asking just how well does a water flosser work?

A research carried out at New York College of Dentistry that involved 51 pairs of twins, were kept under observation for flossing, over a fortnight. One of the twins was asked to floss during these two weeks while the other one was told not to. Results clearly showed a drop in bleeding gums in the twin who flossed.

How does a water flosser work?

Water flossers, also known as dental water jets or oral irrigators, make use of sprays of a pressurized stream of pulsating water. This cleans away food particles, bacteria and plaque between the teeth and below the gum line.

Interested in knowing what the best water flosser on the market is? View our buyers guide and comparisons table. 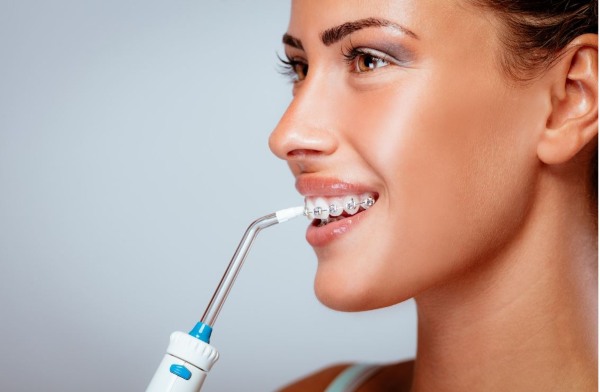 How does a waterpik water flosser work?

Water picking is also known as water flossing and is different from traditional string flossing. Water picking consists of a machine that forces a light stream of water into the mouth and gums.

Rather than scraping, waterpiks use the pressure of the water to massage the gums and push the food away from the teeth. The device has variable settings for flossing that you can set your personalized brush head to.

It’s best to place the waterpik inside your mouth, leaving only a small gap for the water to drain out of.

According to the American Dental Association, the basic working of a water flosser is to use a steady water stream to remove biofilm. Waterpiks help to prevent gum disease and inflammation by flushing away bacteria responsible for gingivitis and other oral infections.

Bleeding gums and gum disease propagate due to increased pathogenic bacteria, which inhabit the pockets between teeth. As bleeding gums progress to gum disease, there is an increase in fluid to the crevice, which may ultimately lead to the growth of harmful bacteria. This is where waterpiks have an edge, they fight for our health where string flosses don’t.

Water flossers have been evaluated more than 50 times since their formation. Positive outcomes have been shown from more than 20 trials, in which bleeding and gum disease had significantly reduced.

A study showed that results of water flossing plus brushing were better and more effective than string flossing and manual brushing combined.

Comparison between string and water floss

Waterpik is the leading name and general term referred to as a water flosser.

These statistics clearly show anyone the answer to questions like “Does a water flosser work?”

Yes they do and better! Water flossers have gained the acceptance of the American Dental Association as well.

Merits of water flossing with waterpik

Demerits of water flossing with waterpik

If you're new to flossing, start with a routine of doing it daily either before or after brushing. While we'll always recommend a water flosser, not everyone can afford one just yet. So stick with traditional string flossing as a minimum.

For those that love the idea of a Waterpik and its ease of use, go for it and improve your oral hygiene regime today. As far as the answer to “does a water flosser work?”, well I think we've given you plenty of evidence to prove its merits. 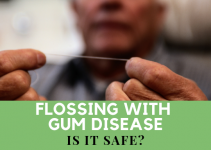