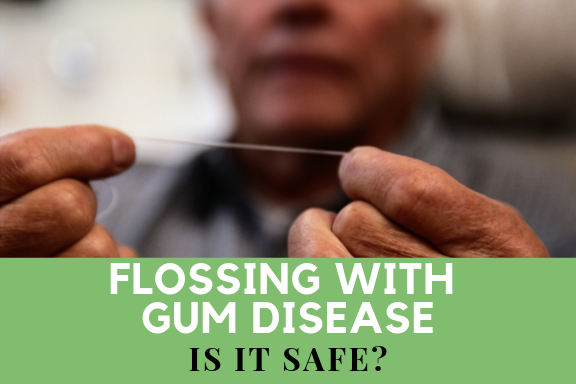 Gum disease is the most common condition that happens inside your mouth. It’s even more common than decay.

Almost everybody around the world has at least a small degree of gum disease, even though they may not show any symptoms.

However, you can easily prevent and cure gum disease if you maintain a proper oral hygiene regimen.

But what about flossing? Is flossing with gum disease something that does more harm than good?

That all depends on the degree of the disease and the way you use your floss. So let’s find out more about gum disease.

The condition starts when food debris and remnants are left uncleaned for up to three days which results in the accumulation of a film called dental plaque.

If this plaque is also left without cleaning, minerals from the food and saliva start to deposit within this film and it starts to
harden. Eventually forming calculus (commonly known as tartar).

This tartar poses a variety of issues. First, it cannot be removed by brushing and flossing alone and needs professional intervention from your dentist or hygienist to remove it. So it keeps on piling up and causing more harm.

Second, it is loaded with bacteria which use the food remnants as a source of sustenance and start to produce acids and toxins that could cause decay as well as start the process of gum disease.

Finally, this tartar presses hard on the gums beneath it. So the gums start to bleed which is the first sign of gum disease development.

Is flossing with gum disease safe then?

If you already have established gum disease, flossing (particularly string floss) can do more harm than good. In fact, one of the main causes of gum disease getting worse is the incorrect use of string floss.

This means that if you are certain that you have an active disease, you need to consult your dentist on the best way to floss. Or if even flossing is good at all at this stage.

This is because the string floss is a hard material and when it passes between the teeth, it often snaps and reaches the gums at very high speeds. With healthy gums this action could cause a cut or bruise in the gums, which quickly heals because the gums are strong.

But with diseased gums this cut will not heal easily or fully and will probably result in the condition growing worse.

Flossing prevents gum disease, is this a myth?

Of course not. Flossing may be the lifeline between you and developing gum disease. It is the only act that could clean the areas between the teeth, as well as under restorations and braces. It is in these areas that gum disease most often starts.

So naturally, this means if you don’t floss you are more than likely to develop gum disease.

However, you need to select the best method of flossing to suit your condition. With gum disease, string floss is considered harmful. So you can use one of the following methods of flossing which do virtually no harm.

It comes in a variety of shapes and sizes to fit everyone, and is conveniently found in the nearest drug store. Plus it’s cheap.

One of the modern innovations of the dental hygiene world. It uses a strong stream of air to clean away debris and plaque. It is quite expensive, but also very effective.

In some models, the air stream is loaded with other particles to clean more thoroughly. Which could cause gum damage especially if you have active gum disease. In these cases, it is better to consult your dentist or hygienist before you attempt to buy one.

The latest trend in flossing is using water flossers (also known as waterpik) and quite rightfully so. These devices are indeed awesome. They use a strong water jet to clean between the teeth and are particularly useful in dealing with heavy restored teeth. Such as teeth with crowns and bridges and most importantly braces.

Unlike air emitted from the air flosser, the water jet does no harm to the teeth since it cools down the cleaned area in the process. Therefore it is very safe to use with people who suffer from active gum disease.

Prevent gum disease before it starts

If you use one of the methods mentioned above, then by all means you can consider flossing a cure to gum disease.

Prevention is always better than curethough. It is more healthier to put yourself in this mindset, meaning it is better to try not to encounter gum disease in the first place, than to suffer from it and try to cure the condition.

Most dentists around the world would recommend the following oral hygiene regimen to prevent gum disease.

Hard tooth brushes are only needed with heavy smokers or people who suffer from heavy stains on their teeth. Soft brushes are needed when your gums are weak and delicate by nature, or if you have gum disease. So follow the instructions from your dentist if this is you.

The time of brushing is also important. It is recommended you brush once before bedtime and once anytime within your day.

Use a fluoridated tooth paste

The amount of fluoride that is suitable for you is determined by your age as well as the condition of the teeth.

Use a fluoridated mouthwash

It is considered an adjunct to brushing and it adds protective layers of fluoride to the outer surface of the tooth. Which in turn decrease the chances of decay.

In other words, one on and one off day. This amount is sufficient to clean between the teeth without risk of plaque or tartar development, and at the same time not enough to cause harm to the gums. Needless to say that selecting the most appropriate method of flossing is key.

Every 6 months should do it. This would help in detecting any problems early and in turn treating them easily.

Can flossing cure gum disease then? 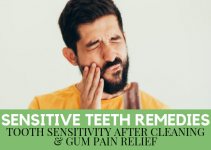 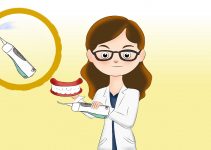