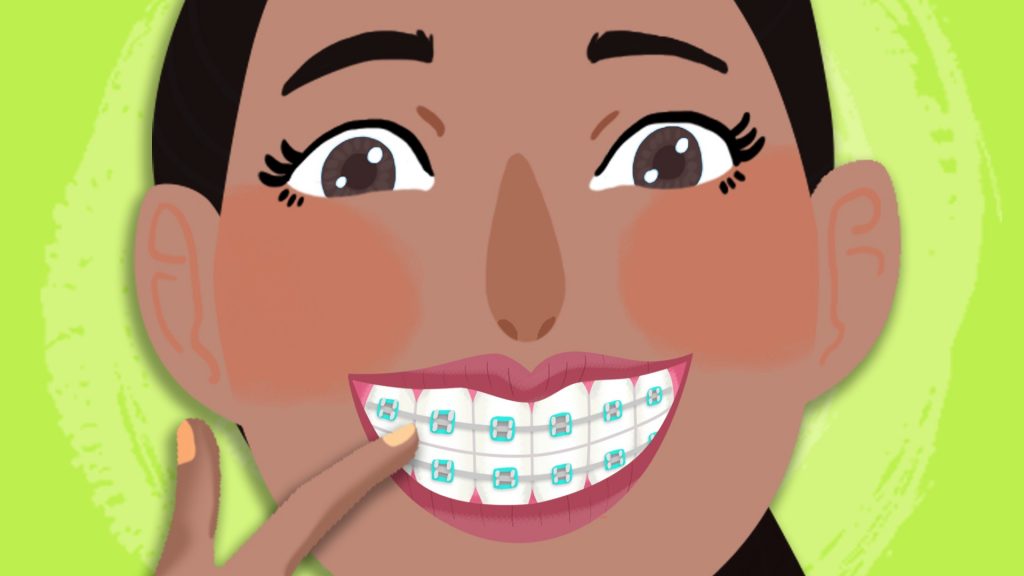 Gum disease with braces is an everyday story at a dentist’s clinic.

Did you know plaque inducing bacteria are found in abundance in all human mouths with no exception?

This plaque if left unchecked, can lead to tartar build up, resulting in irritated, red and swollen gums. Luckily though this plaque can be removed with regular and effective brushing.

If you are thinking about getting braces, there are certain specifications as to whether or not it is a good idea. Particularly if you have periodontal disease.

You may be interested in: Gum disease can be helped with specific mouthwash. Our team has reviewed the best mouthwash for gingivitis and gum disease. View the article here:

What exactly is gum disease?

The term gum disease encompasses gingivitis and periodontititis. If the symptoms of these diseases are ignored and left untreated, the disease propagates and leads to gum recession and tooth mobility.

Periodontal pockets can then develop between your teeth and gums which can deepen with time.

Serious negligence can lead to individual tooth loss. Effective interventions via treatment of gum disease at an early stage will keep your gums healthy.

Braces are a well known dental device that we’ve all known someone at some point to have had. But not everyone is able have them which is largely due to periodontal disease. 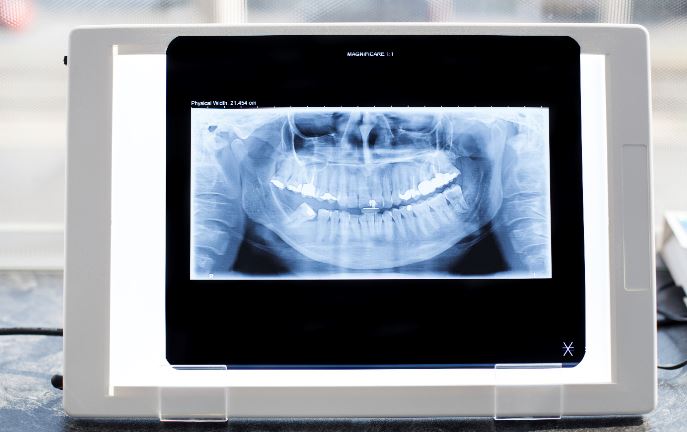 Can you get braces with gum disease?

A straight answer to “can you get braces with gum disease” is: there are a few issues associated with periodontal disease and braces treatment. While orthodontics can promote periodontitis, it can also can help reduce the symptoms of periodontal disease.

Approximately 50% of adults have periodontitis. According to NHANES III, more than half of the U.S. population has some sort of malocclusion. Currently, adults comprise one in five orthodontic patients.

The chance of an orthodontic patient having periodontitis is at least 50-50. A study shows that if a patient is 30 years of age or older, the chances of gum problems with braces could:

Putting on orthodontic brackets on teeth can compromise the periodontal tissue in some ways. That is because you are physically moving teeth. If your gums aren’t healthy already, things will get worse.

Maloccluded and crooked teeth, coupled up with bad oral hygiene could result in quick formation of periodontal pockets as soon as brackets are bonded and the teeth start to move.

There are patients however, who by a dentist’s diagnostic criteria have gum disease. But as their teeth straighten, their pockets resolve. In such situations, scaling and root planning are done in conjunction and periodontal surgeries are postponed. 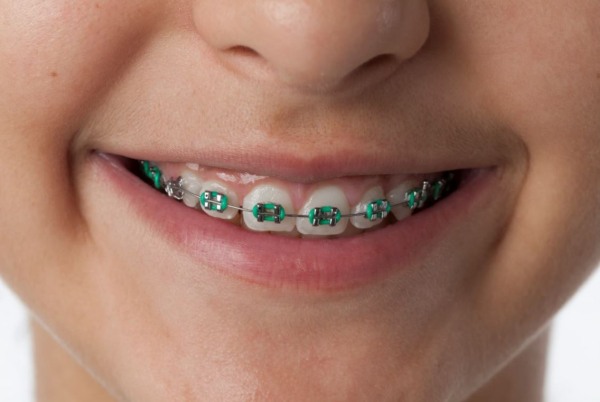 Risks of gum infection with braces

Patients who usually come to orthodontists believe that this specialist of braces is also checking and fixing their caries and gum disease side by side. Whereas this might be true, they still need to see a general practitioner (GP) at regular intervals.

Each new orthodontic patient should be diagnosed and the history and risk of periodontitis should be determined. The risk of developing gum disease with braces is increased when a patient:

The best strategy is to evaluate the periodontal tissues prior to putting on braces. The best people to do that are the periodontists or general practicioners (GPs). Periodic evaluation throughout the treatment is also needed.

Acute gum disease can lead to the loss of teeth and has been linked to the increased risk of systemic diseases which include:

Any patient who has active periodontitis MUST NOT be treated for braces without considering these possible side effects to their overall health.

Mostly people face gum disease some time later when they get their braces off. Poor oral hygiene is the main reason adults under the age of 30 have periodontal disease, according to the CDC.

Causes of gum problems with braces

Periodontal disease actually occurs due to bad bacteria in the mouth, which increase the plaque and tartar, leading to inflammation of the gums. If someone with poor oral hygiene gets braces, it becomes harder to pursue proper cleaning regimes.

Another problem seen associated with braces is the recession of gums. Tipping and tilting of canines actually damage the gums by putting stress on the jaw bone. Constant pressure on the teeth can cause inflammation and bone loss, which in turn is proportional to gum recession.

The upside of having braces is that orthodontic treatment fixes the crowding of teeth. Which in turn is fixing and reducing the potential to get gum disease. You just have to get through having braces first.

Traditional metal braces have been found in some instances to contribute to gum recession. Researches have shown that brackets of the braces lead to bacterial accumulation and colonization, resulting in gingitis.

When this is compared to those patients that opt for a new teeth straightening treatment called Invisalign, the instances of gum disease are much lower.

It’s important to remember though, that periodontal health and recession of gums also depend on an individuals genetics and anatomy too. Those who have genes for thin gums, are at a higher risk of recession which means having braces will increase the chance of gum disease.

Can you get braces with periodontal disease

We advise potential patients to get their existing gum health assessed from a periodontist or an orthodontist as the first step to investigating braces. To be safe from gum infection with braces, some patients are advised to wait until their gums are fully healthy and developed.

A study indicates that those with chronic periodontitis are likely advised to not have orthodontics. Because the risk of developing gingivitis at some point during braces treatment is too high.

Some orthodontists also suggest that banded orthodontic fixations should be abolished and only bonded ones should be used, which would lead to less inflammation of gums. Fixed orthodontic devices increase bacterial deposition, where as those removable ones show less accumulation. Therefore those with removable dental implants are less prone to gum disease.

Prevent gum disease after braces and with them

People who have braces or retainers need to take extra care of their oral hygiene. If they have these devices fitted properly, there should be no bleeding gums. Those with braces or retainers should seek out their dentist immediately if either one of these is causing discomfort.

Beat the risk of gum disease with braces

To conclude, if you want your teeth aligned and you have or have had gum disease, you need to discuss this indepth with your dental specialist. Ultimately you want to avoid any kind of risk of developing gum disease with braces. 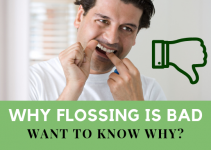