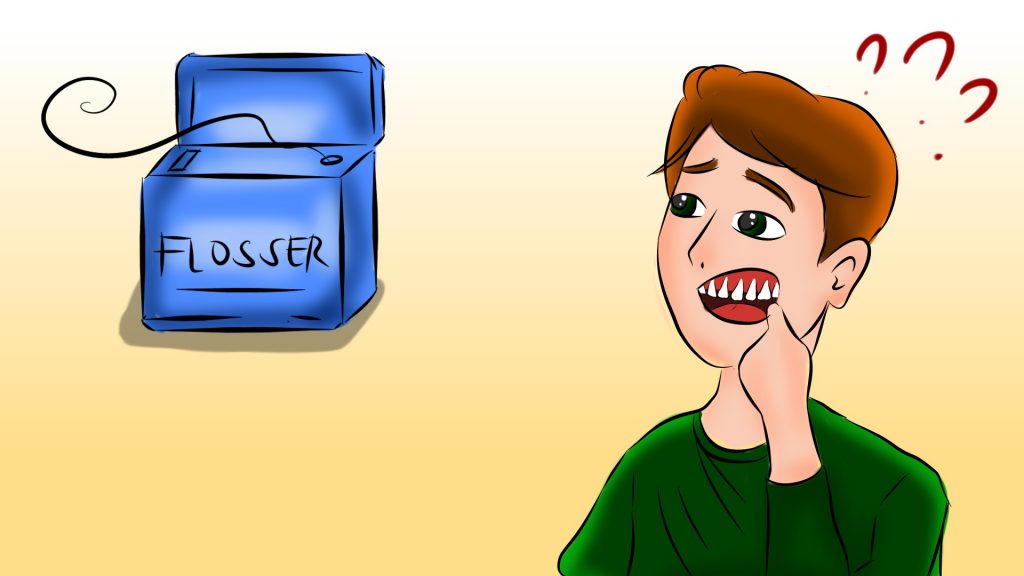 Have you ever asked yourself “Can Flossing Cause Receding Gums?”

Did you ever stop and consider if your oral hygiene habit (particularly flossing) is infact causing you more harm than good?

A normal oral hygiene regime consists of the following:

Flossing is not without risks. Afterall our mouths are a super delicate environment that needs to be taken care of.

To answer the question, “Does flossing cause receding gums?”

The answer is definitely: YES, and is explained below.

Quick Navigation
Do you have a good oral hygiene routine?
Serious damage by an improper flossing technique
Reasons why gum recession is extremely harmful
Can flossing cause receding gums?

Do you have a good oral hygiene routine?

A proper oral hygiene regimen should cover all the aspects of cleaning. Meaning the teeth, the gums, the tongue and even the cheek and throat. Even using a receding gum mouthwash is beneficial.

Most people don’t give a second thought to flossing, whether they floss on and off each week or not at all. The act of flossing is the only action that could thoroughly clean the areas between the teeth.

Of course we don’t mean that you have to use the traditional string floss. These areas can be easily cleaned with interdental brushes and water flossers.

“Can Flossing Cause Receding Gums?”, yes and this is probably the most common cause of receding gums. The gums cover the root of the teeth, and are supported by a delicate group of fibers that keep them taut and strong to do their jobs. When string floss is used incorrectly, or too abrasively you end up cutting into your gums, causing them to bleed.

Over time these fibers lose the ability to regenerate and repair and the gums are left without their support. You first start to notice the gums flailing and weak. Then they start to pull away from the teeth, leaving the roots exposed.

You may think it weird that a “string” expires, but it is not as simple as that. String floss is not just a string. It is a very thin string coiled around itself multiple times to strengthen and then treated with lubricating materials such as wax to make them slip easily between the teeth.

If the string is old, the lubricating material evaporates leaving a very heavy string that could not ease itself between the teeth. The string also starts to uncoil and weaken, and could break during use. Which could cause harm to the gums and ligaments.

Take caution if you have a dental problem

While flossing is very important, you should really do so under the guidance of your dentist. Because if you have a dental problem such as inflammation of the gums or a pocket, and you start to use the floss, you are aggravating the condition.

Your dentist would recommend either stopping the string floss until the condition is controlled, or shifting to another method that is less harmful. In other words, keep going to your dentist for regular check-ups as you don’t know what your teeth may be hiding.

If you have extremely tight contacts between teeth

We touched on this before. If your teeth are extremely well-aligned that the contact areas between them do not allow the passage of string, you should definitely not use string floss or tape floss. When there is virtually no space between the teeth, do not try to jam the string between them.

You will definitely be injuring the gums and the ligaments that support them, and you would definitely develop receding gums by time.

So as you can see, improper flossing causes receding gums. When you continue to injure the gums and ligaments with improper technique, it is almost inevitable.

Another important question to consider is “what is the harm if my gums recede? What’s the worst that could happen?”

Let’s start by answering the questions “Do receding gums grow back?”. Not completely, let me explain first, how receding gums begin.

Receding gums is one of the first signs of periodontal disease. When left untreated, the situation could develop into more serious complications such as periodontal pockets and eventually bone loss. This could lead to the loosening of the tooth and it will probably be extracted later.

The gums are supposed to cover the roots, which unlike the crown of the tooth, are not covered by a hard, insensitive structure (that is the enamel). So when the root is exposed as a result of gum recession, any hot and cold food and drinks would cause sensitivity.

Which unfortunately has no permanent cure, and all we can do is use a Fluoride varnish or Fluoride paste to mask the pain.

The root is significantly weaker than the crown in resisting decay for the same reason we just stated (that it is not covered by an enamel). This means that the root will develop decay at a much faster rate compared to the crown. You can probably guess that treating root decay is much more difficult than treating crown decay.

If the recession occurs in the front areas (which happens more often than not) you could see how this would cause a cosmetic problem. This is because the color of the tooth root is innately yellowish, so your smile would definitely be compromised.

Can flossing cause receding gums?

After reading all the above you can now see that receding gums are incredibly dangerous. If you notice the first signs of your root showing or in other words, your teeth growing longer, you should visit your dentist at once to revise your oral hygiene regimen.

“So can receding gums be reversed?” Receding gums DO NOT GROW BACK, but can be reversed and controlled against further harm. So the next time when you hear the question “Can Flossing Cause Receding Gums?” is asked … Now you know that it can.