No one can deny the importance of flossing. It is the only act capable of adequately cleaning the shielded areas between the teeth, where the toothbrush can’t reach.

Some people complain of painful gums and even swollen gums after flossing, and that is unfortunate because most people use dental floss (particularly string floss) wrongly, and as a result, they end up doing more harm than good, injuring their gums in the process.

And that is because no one has taught them the correct way to use flossing material (meaning their dentist or hygienist) so if you suffer from constantly bleeding gums and continuous injury, ask your dentist for advice.

To know the correct flossing technique, we must first run through the various methods of flossing that are available.

Quick Navigation
Methods of flossing
The correct method of using floss
What could happen if I floss incorrectly or too deep
Frequently Asked Questions
What happens if you floss too hard?
How far should the floss go into your gums?
Why do my gums ache after flossing?
Can Flossing Damage teeth?

Contrary to popular belief, flossing does not necessarily mean using a piece of string to remove the food debris stuck between the teeth.

It means cleaning the surfaces between the teeth by any means available, the one that makes you most comfortable. These means include:

The correct method of using floss

Flossing teeth is a delicate maneuver, and mastering the use of floss takes hard work. Now that we know all the different flossing methods out there, we need to understand how to use them.

Some are quite obvious like the interdental brushes where you just stick them between the teeth with care until they come out the other side, and air and water flossers with their simple “point and click” mechanisms.

The main problem lies with the string methods, namely the regular string floss and the floss picks.

As for string floss, all you need to do is cut out a piece about 18 to 20 inches of the string and wind enough of it around your two index fingers so it doesn’t slip.

Next, you should guide the taut piece of string between the teeth, and press down until you hear a “pop”.

This “pop” means the string just passed through the contact point between the teeth and is now in direct contact with the gums and ready to clean this area.

This is the part where you need to be extra careful because too much force or depth could damage the gums, teeth, and even cause bone loss with repeated misuse.

You just have to rest the string on the side of your teeth, and go about 2 mm – no more – beneath the visible gum line, any more than that and you risk damage, which could be quite severe.

It is this step that most people fail to perform correctly.

Of course, the situation is a lot easier with floss picks, where all you have to do is use the frame to direct the small piece of floss between the teeth, but again with extreme care not to push too far, same as before.

What could happen if I floss incorrectly or too deep

The sequel of improper flossing is dire, to say the least. In fact, incorrect flossing is almost as damaging as not flossing at all!!

Here is what could happen:

What should you do to avoid all this, you ask?

well, simply, you need to learn the correct way of using dental floss, and who better to teach you than your dentist or hygienist?

Only they can explain all the correct methods of flossing and help you decide which suits you best.

Our advice: If you can, you can’t go wrong with Waterpiks.

If they are an affordable option, just skip all the hassle and get the best option for you and your family.

What happens if you floss too hard?

Flossing too hard leads to injury of the gums, and repeated injury could cause gum bleeding, teeth sensitivity as well as bone recession, and pockets formation.

How far should the floss go into your gums?

Not more than 2 mm beyond the visible edge of the gums.

Why do my gums ache after flossing?

This could be due to a number of reasons, the most common of which is because you hurt your gums.

Other reasons include established gum disease, and it may be even your gums starting to heal from gum disease.

Not directly, as teeth are quite solid; However, incorrect flossing could lead to sensitivity and pain due to gum recession, and also pockets and space formation trap more food between the teeth which could eventually lead to tooth decay. 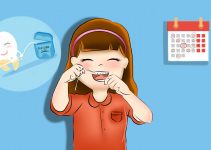 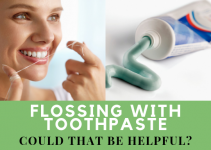 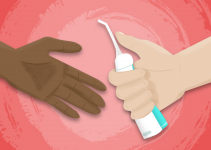