Flossing is one of the two main pillars of your daily oral hygiene regimen.

However, more often than not most people encounter a bit of bleeding when flossing.

Now, is this a normal thing to expect? Or should it really be looked at in more detail determine exactly why this might be happening? Keep reading for a thorough explanation as to why this is labeled a ‘normal thing’.

Tired of bleeding gums due to string floss? Have you ever tried a water flosser? Better than floss in more ways than one! Check out our buyers guide: Best Water Flosser Buyers Guide

First of all, you have to establish if this occurrence is transient. Does it happen all the time or is this a new occurrence when you floss.

The former is much simpler and is probably due to injury of the gums by the floss. Accidentally pushing too hard on the string that you strike the gums with will make a bit of blood come out. This usually requires no treatment other than extra care during flossing.

The latter however, is a whole different matter and probably indicates an underlying problem. Here are few possible reasons as to why you experience gum bleeding when flossing.

This is probably one of the most important and common causes of bleeding gums in general. When your gums are inflamed, they are full of fluid and blood comes out even at the slightest touch.

In some cases, bleeding when flossing one tooth can lead to confusion as to whether the problem is serious or not. That tooth probably suffers from an isolated pocket. Which is a gap left by the bones and the periodontal ligament that constantly traps food and bacteria. These areas are constantly inflamed.

The reasons for such a pocket to develop can be numerous and include trauma, a faulty filling or inherent gaps between teeth.

In all cases, we advise you to seek help from your dentist as soon as you can, as the problem is much easier to fix when caught early.

We all know how dreaded a visit to the dentist is and this dread unfortunately results in major complications to an otherwise very easy condition to cure. The most prominent example here is cavities. When you feel a cavity in your teeth and seek to repair it immediately, expect very little problems to occur. But if you choose to wait (and we all know that most of us choose this), expect  whole plethora of problems.

When a cavity is left open, it invites all kinds of bacteria and food remnants to be captured in that area. Which is extremely difficult to clean and when you attempt to clean it with dental floss, quite some blood is expected.

This bleeding is secondary to gum inflammation, so our advice .. visit your dentist NOW!!

Dental bridges are a great way to replace missing teeth, but they are not without their problems. Perhaps one of the most common problems is gum inflammation under that bridge, particularly if it is poorly made or broken.

A bridge is essentially three or more crowns attached together, with no spaces between them at all. This means it is incredibly difficult to clean even in the most pristine conditions.

Most dentists would advise using a floss threader, which is like traditional floss but equipped with a hard tip. This enables it to pass under the bridge to clean it.

This hard tip often causes bleeding of the gums due to injury, so don’t be too worried if it happens only a handful of times. But if the bleeding occurs daily, then the bridge probably needs checking as it may have a problem that you cannot see.

As you read before, a floss can be the direct cause of injury of the gums, and the condition is often transient and reversible. However, if you continue to injure your gums with string floss, then the injured area becomes unable to heal itself. Subsequently inflammation of that area occurs.

A visit to the dentist should clarify the problem, as they would probably find nothing wrong with your teeth, and advise you to take extra care when flossing. Or even change the method entirely to one that doesn’t cause much harm, such as water flossers.

So as you can probably surmise, the main reason behind bleeding while flossing is gum disease, which could be secondary to other problems such as a bad filling or an untreated cavity.

So how do we go about fixing the problem?

First, the main goal is of course removal of the root cause of the problem. Meaning that faulty filling, cavities, gum disease or any other condition that could result in inflamed gums should be treated at once.

Second, the gum inflammation itself should be treated, which is done by thoroughly scaling and removing all the food debris, plaque and calculus from around the teeth and gums.

Sticking to a strict oral hygiene regimen that would probably include a soft toothbrush to lighten the load on the gums, as well as a therapeutic mouthwash such as Chlorhexidine.

Finally, and most importantly, the method of flossing should be checked. Ensure you are taking extra care when using traditional string floss (ask your dentist on the proper way to do so) or using an entirely different method such as interdental brushes or air and water flossers. These do not cause that much harm in comparison.

DO NOT OVERLOOK THIS PROBLEM. Bleeding gums with or without flossing is a sign that your oral hygiene is less than optimum. Unlike fillings and cavities which are easy to cure, gum disease is practically incurable.

Bleeding gums would later develop to pockets and gaps, and eventually turn to full blown periodontal disease. This could result in loss of your teeth if not treated soon.

So the next time you experience bleeding when flossing, don’t fall into the mistake of thinking that the condition needs no intervention as it could lead to complications that are not so easy to handle. 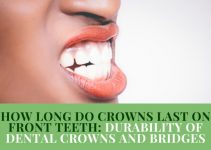 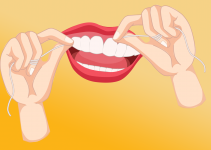