Oral hygiene is a strict regime.

Everybody knows that they should brush their teeth twice a day and floss 2 to 3 times a week.

But there is a side to oral care that is overlooked by most people and that is mouthwash.

Which is why we have written this article on the best therapeutic mouthwash types and brands on the market today.

First things first, you should know that mouthwashes are adjuncts to your oral hygiene program and similar to toothpaste. Which means they are not absolutely essential as brushing and flossing.

But using them on a regular basis would certainly be helpful. You should also know that not all mouthwashes are safe. Meaning that while most can be used everyday for a long period of time without any side effects.

Some are intended to be used only until a condition is treated and then they should be stopped. Otherwise you risk some serious adverse effects as we will explain later on.

So in short, do not self-prescribe mouthwash for yourself and rely on the instructions from your dentist or hygienist.

Mouthwashes contain a variety of active ingredients and each is directed towards curing a certain condition.

They can be used to treat:

Which means mouthwash decreases the chances of infection.

To select the best mouthwash for your particular case, you should first know what you suffer from with the help of your dentist. They will then prescribe the most suitable mouthwash to help you through your ordeal.

But until you have the time for a check-up, here is a list of the most common conditions that need mouthwash for their treatment. As well as some of the best antibacterial mouthwash brands on the market today for each.

Perhaps the most common condition needing mouthwash is gum disease. Gum disease arises due to plaque build-up on and between the teeth due to lack of oral care. This is where the bacteria inside the plaque releases toxins that cause inflammation and bleeding of the gums.

Of course it goes without saying that the first thing you should do is take better care of your teeth and mouth cleanliness by regular brushing and flossing. Then consider using an antibacterial mouthwash.

But beware, Chlorhexidine is not intended for prolonged use. It should be used twice daily for a period between 7 and 10 days, with a maximum of 2 weeks. Prolonged use of chlorhexidine causes staining of the teeth and tongue, and it also disrupts the balance of micro-organisms in your mouth. You could end up with a fungal infection called Candida as an end result, so extreme care is advised.

Examples of chlorhexidine mouthwashes on the market include:
– Paroex
– Peridex
– Periochip
– Periogard

Teeth sensitivity is a result of exposure of the sensitive part of the tooth (called the dentine) to the oral environment. This happens for 2 main reasons:

First is gum recession due to age or improper brushing. Second is enamel chipping and weakening either due to decay or teeth grinding.

Mouthwashes would certainly help remedy that and the active ingredient to do so is Fluoride. Fluoride is a very common ingredient present in almost every therapeutic toothpaste and most mouthwashes as well.

It creates a protective layer on the dentine so as to shield it from further harm from hot and cold food and drinks. As well as acidic compounds such as citrus fruits and fizzy drinks.

Fluoride is also not dangerous if used in the long run, but if used with children, extreme caution should be exercised not to swallow it. As it can cause toxicity as well as bone deformation if taken in high enough doses.

Cavities originate from acids that are formed by bacteria that is present in the plaque and food remnants (particularly between the teeth). Which could dissolve the outer protective enamel layer, paving the way for the bacteria to reach the inner surfaces of the teeth.

So in order for the mouthwash to protect you against cavities, it needs to do 2 things:
– Kill the bacteria that produce the acids that weaken the tooth.
– Strengthen the surface of the tooth.

Again it is important to point out that the first line of defense against cavities is brushing and flossing. As well as using a therapeutic mouthwash is an additional aid.

As mentioned before, Chlorhexidine could kill bacteria and Fluoride coats the teeth with a protective layer and ultimately increases their strength. So an anti cavity mouthwash should have both.

However, as you remember, Chlorhexidine is not intended for prolonged use and there are very few brands on the market that combine both ingredients in one mouthwash. So it is best to just stick to a fluoridated mouthwash which should be enough to do the trick.

Bad breath is a fairly common problem. It almost always arises from the fermentation of food that is not properly cleaned from our teeth. That happens in two main areas, which is between the teeth and the tongue.

A correct oral hygiene regimen should include proper cleaning between the teeth through flossing, as well as tongue brushing and scraping.

But if all that fails to remove bad breath, then it is advisable to use a strongly flavored mouthwash, no active ingredient needed.

Use only a prescribed therapeutic mouthwash

So as you can probably deduce from the above list, selecting the best therapeutic mouthwash is a long and grueling process. But it all comes down to what your problem is. To know that, we advise you to go for a quick check-up with your regular dentist. 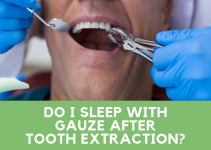