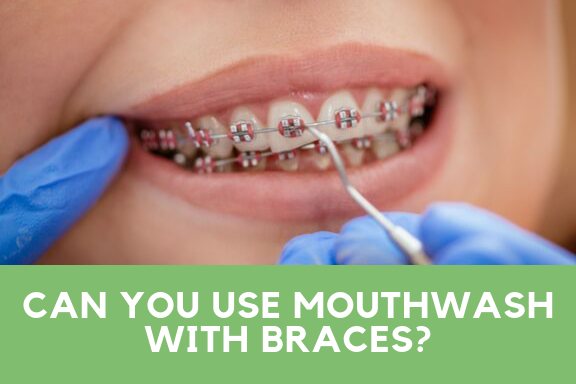 Mouthwash is one of the most important adjuncts to oral care.

Its secret lies in its liquid form, making it able to penetrate deep and clean even the most difficult to reach areas.

While mouthwash is not as essential as brushing and flossing (because let’s face it you cannot live without these two), it certainly helps a great deal.

Keeping your mouth clean is a daunting task and when you have braces on, the situation becomes even more dire.

Therefore, any oral hygiene method you can use to do this task is welcomed. Which is why you might be wondering “can you use mouthwash with braces?”

The biggest fear for braces wearers (and orthodontists for that matter) is that the braces get dislodged or removed from their place. Which happens quite often especially if you are not careful.

For this reason, your orthodontist will probably instruct you to take extra care during eating and stay away from extra hard or sticky foods such as popcorn or caramel.

You need to take special care when brushing and flossing and make sure you don’t exert extra force or pressure that could remove the bracket from its position.

Most orthodontists would recommend using an electric toothbrush since it does less harm to braces. As well as a water flosser or air flosser instead of regular string floss, since again its chances of harming the braces are minimal.

Your next question is likely “can I use mouthwash with braces?”.

So can you use mouthwash with braces?

The answer is: yes, absolutely! It is even welcome to do so.

As we said, mouthwash is a liquid and can reach everywhere inside the mouth. Brushing and flossing of course are efficient if done correctly, but with braces, you can never be sure if they did their job or not. Mouthwash takes care of that and removes the doubt.

That means the answer to “can you still use mouthwash with braces?” is most certainly yes.

So if brushing and flossing didn’t remove the plaque and bacteria efficiently, the mouthwash swoops in to save the day. Mouthwash also adds extra protective layers improving the overall health of your teeth and gums.

But there is a catch. Not every brand of mouthwash is suitable to be used with braces. In fact, not every mouthwash can be used for prolonged periods of time without causing harm. Which means you should consult your dentist.

So until you do, here is a short list of what your mouthwash should and should not have.

What should be in your mouthwash

The main aim here is cleaning efficiently, so the mouthwash that you use should do just that. In addition to killing bacteria (and if at all possible) add protective layers of Fluoride to the tooth as well. This minimizes the risk of decay especially to the teeth with braces and bands on them.

Chlorohexidine is a powerful antiseptic. It is the main ingredient in most mouthwashes designed to eliminate gum disease and gum bleeding. It can not only kill most types of bacteria but is capable of removing traces of sticky plaque from the teeth as well.

Fluoride is the main ingredient in mouthwashes that prevent teeth sensitivity and help to reduce decay and cavities. That is because Fluoride coats the outer layer of the tooth (called the enamel) and forms a protective layer that guards the tooth against acids and other toxins released from bacteria.

So if your mouthwash has Fluoride in it, you can rest assured that the harm done by the bacteria collected in and around the braces will be minimized.

Flavor is not an ingredient, we know. But a strong flavor is essentially particularly for braces wearers. It is very common for braces to trap food particles and plaque, which are full of bacteria that can ferment that food producing a horrible smell. Which is why bad breath is far more common in braces wearers.

So a mouthwash with strong flavor not only washes away those food remnants but removes the bad smell replacing it with a pleasant one as well.

It is a very common drawback of braces (particularly metal ones) to cause cuts and bruises of the gums and the oral mucosa. Mouth sores are also very common as well. These usually require no treatment but are very painful and would need something to numb the pain.

You have two options here, either use a numbing gel or pick a mouthwash that has a numbing agent or a pain reliever in it. The mouthwash option is better because it will also clean your teeth more efficiently.

What should not be in your mouthwash

Here’s what shouldn’t be in your mouthwash if you have braces.

Alcohol is a key ingredient in most mouthwashes. Its purpose is both being a strong antiseptic and a stabilizing agent for other ingredients such as menthol and Thymol. To answer the question “can you use alcohol mouthwash with braces?”, keep reading.

Alcohol does however have its side effects such as a burning sensation that it causes, plus the concentration of alcohol in mouthwashes (usually no more than 25%) is just not enough to kill bacteria. Which makes it not so useful after all.

For braces wearers, there is another problem. Alcohol theoretically reduces the strength of the bond between the brackets and the tooth. Which increases the risk of bracket dislodgement.

It is best to stay clear of alcohol in any mouthwash, and opt for a more natural combination.

Yes the same one as before. Chlorohexidine unfortunately is a double edged weapon. It is very capable of killing bacteria and reducing gingivitis. But abusing it causes tooth stains and tongue discoloration as well.

So in other words, use it when absolutely necessary and only under very careful supervision from your dentist.

Can you use mouthwash with braces, answered!

Our final thought. Do not make the mistake of thinking that mouthwash is a substitute for brushing and flossing. These are irreplaceable and only these can clean your teeth and braces with efficiency.

Think of mouthwash as your assistant. Your life does not depend on him or her, but their presence certainly lifts a lot of weight off your shoulders.

So to answer the question “can you use mouthwash with braces?”, the answer is of course yes. But take the advice of your dentist on which brand to use first. 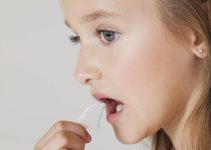 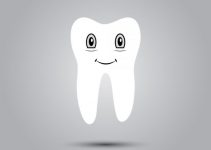 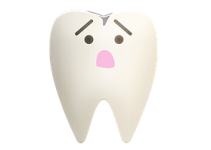