If you are plagued by the question can flossing cause receding gums, you are not alone.

Furthermore, you probably need to know how to stop receding gums from getting worse. Right?

Healthy gums (aka gingiva) and periodontal connective tissue (aka periodontal ligaments) will envelop your teeth naturally.

You can determine the wellbeing of gums if they fit firmly around your teeth in a snug manner. This fit should be near the teeth covering the root area.

The first red flag you should look out for is the exposure of the root. Continued deterioration will result in the loss of secure attachment between the teeth and gums.

If this is something that concerns you, then keep on reading as we will be solving the mystery behind flossing and receding gums.

How effective is flossing?

From a realistic point of view, there are no major downfalls when it comes to flossing.

The National Institute of Dental and Craniofacial Research concluded that the benefits of flossing far outweigh the consequences.

Small pockets of harmful bacteria can actually be extracted when floss is used efficiently. The American Dental Association recommends flossing your teeth at least once every 24 hours.

There is research that suggests that periodontitis may be linked to obesity, increased sugar levels, cardiovascular disease and high blood pressure.

Flossing does realistically reduce the risk of gingivitis and therefore contributes to solving the mystery behind flossing and receding gums.

Although you might want to blame flossing to be the villain behind your damaged gums this isn’t completely accurate. A number of factors contribute to this ailment.

In the early stages, you may not even notice your gums receding. Initially, there’s subtle and occasional bleeding or just some tender spots.

Successive progression will portray more tangible signs and sensory sensations such as the following:

Making the most of flossing

You need to focus on effectiveness, not quantity and activity. This basically means you shouldn’t only floss in locations that have residual particles trapped in them.

You need to take the time and effort to floss each gap thoroughly to ensure complete elimination of waste.

Receding gums and periodontal disease are not to be taken light-heartedly.

There are conventional steps you can undertake to alleviate problems associated with gum weakening.

Use a correct flossing technique

Solving the mystery behind flossing and receding gums, solved!

Flossing is a proactive approach to dealing with receding gums. However, if the recession continues on despite regular flossing for more than 10 days, it is at this point that there are no natural remedies for receding gums.

You simply must see a dentist.

This is specifically important for patients who have a family history of gum disease.

So in response to solving the mystery behind flossing and receding gums, well I think we’ve covered it all now. 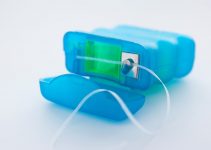 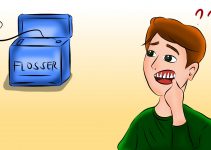